In this post we have used 3D images captured in the Auto3D research project. The image below captured with a stripelight projector to prove that a Battery Pack could be located in 3D and changed by a robot without human interaction on an offshore platform.

The ObjectFinder3D is optimised for dense 3D points cloud generated by 3D Stereo Vision like the Scorpion 3D Stinger Camera.

The image below shows the Learning page  and the Battery Pack Model with 3D origin visualised. 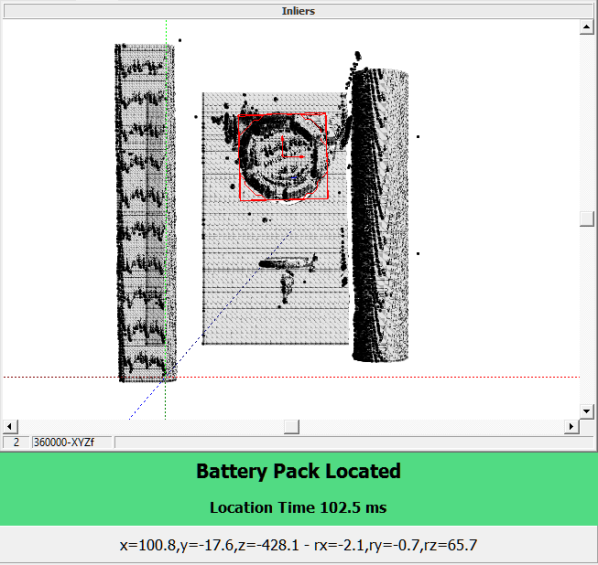 Once locating the battery pack it is easy to verify that all cover knobs are present. In 3D we can easily do the following with Scorpion Vision Software XII:

All of these features makes it easy to verify the type of top cover. This important information can be used to select the right tool for replacing the battery pack or identification of the battery pack type to be replaced.